The Mediterranean monk seal -monachus monachus-, one of the most endangered species in Europe, lives on the costs of Milos and on the nearby island of Kimolos. Going around these islands you may be lucky to see one of the few hundreds animals still surviving.

The Monk Seal is about 2.5 m. long and weights around 300 kilos. Short shiny hair cover its skin, in striking black or brown hues on its back, with lighter colors on its underside. Reproduction takes 10 months, and the animal feeds on a variety of fish, octopus and squids. For this reason, the seal has been and still is in competition with fishermen, who often cause its death. An organization, MOM, (see: mom.gr ) has an efficient team to prevent extinction, and surely needs help. See also the EU Natura 2000 project.

Milos Friends of the Animals

Milos Friends of the Animals association started in 1987. The main aim of this group is to help stray animals in Milos who still suffer. They also try to help and advice owners of domestic animals if asked. Whilst much press is given to the more exotic animals that inhabit this area such as dolphins, monk seals, wild goats and sea turtles, these everyday animals are not given much recognition.

Milos Friends of the Animals is a non-profit organization that relies solely on donations and volunteer work. We also operate a winter feeding program in some areas where colonies of cats remain after tourist have gone home.

By the end of 2O17 nearly 1200 cats and dogs have been taken care of, some of whom have been adopted and given good homes in Greece and abroad.

For information : Milos Friends of the Animals 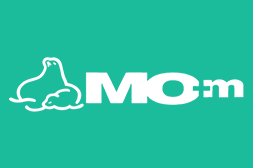 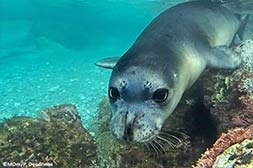 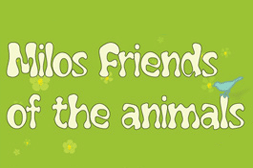