Reach Milos by ferry or catamaran

To reach Milos by navigating the Aegean Sea is a deep dive into Greece, from getting aboard to disembarking, a bath in real life, and a useful experience. Ferries have always been the main transportation means for the islander and the view of some of the Cycladic islands and of the sea create the right expectations to reach Milos.

Ferries to Milos in summer

During the summer's season, ferries and catamarans reach Milos daily from the mainland (Piraeus), from Crete and intermediate stops in other Cycladic islands like Sifnos, Folegandros, and Santorini.

Unfortunately, frequent changes occur in the timetable during the low season. During the summer, starting from April and up to end October, the schedules are fixed and more regular.

Ferries from Piraeus to Milos

The main ferry routes to reach Milos from Pireaus are two:
1. The direct one Piraeus – Milos (5 hours trip)
2. With stops touching Kythnos - Serifos - Sifnos - Kimolos - Milos (4 to 8 hours trip, dipending on the ship)
The ferry companies that do the Piraeus - Milo's routes are :

Schedules at the end of this page

How long is the trip from Piraeus to Milos

Navigation time from Piraeus to Milos goes from two and half hours (Super Jets, Seajet- no cars) to less than 4 hours (Tera Jet, Superrunner Jet) to five (Olympus Ferries) or 8 hours with normal ferries (Dionysios Solomos).

If you do not want to make a stopover somewhere in the mainland, our suggestion is to schedule the trip in those days when there is a late evening ferry from Piraeus. Allow sufficient time for boarding and transfer from Athens Airport or the Port of Patra (at least 2 hours from the airport and 4 and a-half from Patra).

The one way ferry ticket price to Milos (Piraeus-Milos) ranges from 45 to 74€ per passenger seat, some 70 to 80€ for cars. Both expensive in our opinion!

From Santorini, Mykonos or Crete to Milos by ferry

Consider the possibility to reach Milos by flying from Europe to Santorini, Mykonos or Crete.

1.Ferry from Crete to Milos

The trip duration from Crete to Milos varies according to the ferry company and it can be from 5 to 7-8 hours.

2. Ferry from Santorini to Milos

The trip duration from Santorini to Milos is about 2 hours with the catamaran and from 4 to 7 hours with normal ferries.

3.Ferry from Mykonos to Milos

Mykonos, like Santorini, during the summer is daily connected with Milos (no cars) .The best way to get from Mykonos to Milos are :

The trip duration from Mykonos to Milos is approximately 6 hours.

Ferry schedules to Milos and Cyclades 2022

Mind your internet search! If no ship is available for the date you selected, this is not necessarily so, they just have not published the schedule, yet. Try later. Book online or contact a Greek tourist office to know schedules and buy tickets !

Even though there has been some progress, the situation of internal ferry transportation in Greece is long from putting tourists at ease. It is difficult to understand why there are not steady and timely published timetables in a country where tourism is its most important economic sector. Also, comparing international prices, ferries in Greece are expensive, why? Ferries in the end are equal to the road and trains on the mainland, planned and paid or financed by the state! 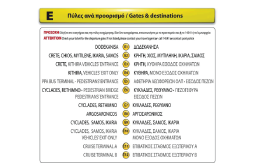 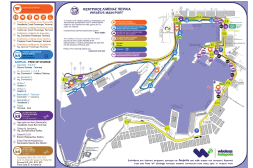 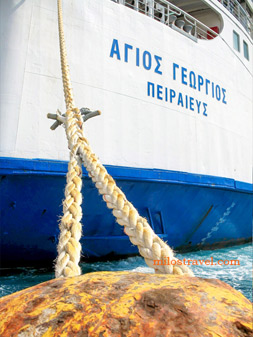 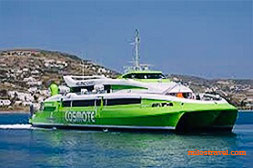 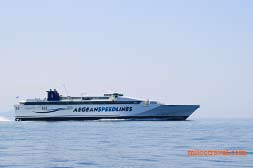